Today, the very existence of human life on planet earth, along with the life of other flora and fauna is threatened up to a large extent by the pollution. Pollution affects everything essential for survival – natural resources, species, health etc.

When any external unwanted substance, generated by a human activity enters into the environment, it causes pollution. Causes of pollution are always human induced and the natural cause of pollution is almost negligible.

There are a number of human activities those cause pollution. Tons of toxic waste generated as a byproduct in factories is left into the rivers and streams, polluting them; thousands of cubic meters of harmful gases are released by transportation vehicles, polluting the air; improperly disposed waste from urban settlements, got strewn on land and water, resulting in land as well as water pollution.

Now that we have got an idea on what is pollution, we will move on to discussing some of the significant effects of pollution.

Pollution has a widespread effect on the environment as discussed below-

Pollution contaminates the natural air, making it harmful to breathe. For example toxic gases released by transportation vehicles mix with the air, resulting in its pollution. When this air is inhaled by a human or animal, it causes severe respiratory ailments. Some species of animals and plants, which are highly sensitive to such kind of pollution, die.

Improper disposal of waste generated by areas of human settlements cause this waste to reach our naturally occurring water bodies in form of runoff. The urban waste consists of several toxic compounds including plastic. This waste is non biodegradable and stays in water, making it hazardous to consume. It also results in the depletion of aquatic species population which are highly sensitive to pollution.

One of the most prominent effects of pollution on the environment is the depletion of species. When polluting substances get mixed with our natural resources, it harms the living species in some way or the other. Gaseous pollutants, cause severe respiratory ailments and decrease the life expectancy of the fauna and flora as well.

Global warming is one of the main effects of pollution which leads to a number of environmental effects. Gaseous pollutants like Carbon Monoxide (CO) and Carbon Dioxide (CO2) released due to the burning of fossil fuels, stays in the atmosphere resulting in greenhouse effect. Green house effect, on the other hand is responsible for a number of factors like unexpected, climatic changes resulting in droughts, famine etc; depletion in aquatic species like coral reefs, fishes etc.

The effect of pollution on the environment is far and wide. Not only the pollution effects present but also threaten the future of several species if no concrete action to prevent pollution is taken. The rate at which the pollution is being damaged is way too more than it could be repaired. It might take centuries to reverse the damages that we have done to the environment, that too it won’t be an easy task and will require strict discipline and will to tackle pollution. 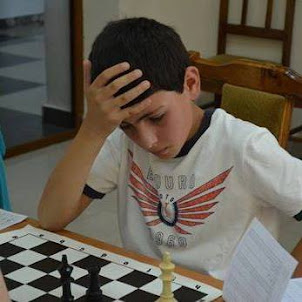